I have been bird-watching for over 3 decades now. It’s one of my favourite hobbies, though I have not been able to spend as much time on it these days as I would have liked to.

India is one of the most bio-diverse countries on Earth, with a diverse range of habitat ranging from dry deserts, high mountains, to tropical rain-forests and a long coastline. And this diversity extends to the species of birds found in India as well. With over 1,200 species of birds, India ranks 9th in the list of countries by number of bird species. About 12% of the total bird species on earth can be found in India. And my guess is that I must have seen about 20 %- 22% of all the bird species in India.

Bird-watching is a very easy hobby to get into. All it needs is a good sense of observation, sight and sound. A pair of binoculars would be helpful, but not absolutely essential (to get started). But one resource that I would advise is to have a book handy to identify the birds that you see.

There are a few good birds available. One of the most commonly referred to birds for beginners is Dr. Salim Ali’s “The Book of Indian Birds“. This is the book that sparked my interest in birds and I would strongly recommend it for anyone interested in Indian birds.

I also came across a resource recently which might also be very useful for beginners. This is a PDF called “100 Common Birds in India“, written by Dr. Raju Kasambe. It is available as a free download here – https://www.researchgate.net/publication/343218657_100_Common_Birds_in_India

This handy book covers all of the commonly found birds of India with their distribution map. I hope that you will find this helpful!

After nearly 3 months of lock-down, I have been feeling a touch of cabin fever lately. So, this weekend, I decided to head off to nearby Kaikondrahalli Lake for a bit of bird-watching (with my mask on, of course).

Kaikondrahalli Lake is an example of a success story in public participation to conserve Bangalore’s natural heritage. A citizen’s initiative ensured that the lake was not destroyed by rampant construction. I am not sure if it’s still being maintained by the citizens, but it is a nice lake in the neighbourhood. It’s not very large, and the good part is that it’s not been completely ‘beautified’, but rather parts of the lake have been left ‘as is’, providing a variety of habitat not often seen in other, more ‘developed’ lakes.

I have come bird-watching a couple of times before to this lake. But right from the time I started my walk around the lake this time, I was struck by the sheer number of birds that I could see all over the lake and the trees on the small island at the centre of the lake. There were 2 groups of over 60 dabchicks (Little Grebes) each whereas I had never before seen more than a couple of these birds together. The small island at the centre held a flock of over 12 Painted Storks. The trees by the side of the lake had numerous cormorant nests and parents were busy constantly feeding their chicks. I also saw numerous Grey Herons where before I might only have seen a few of them on a single water body. I did not see too many non-water birds, but by the end of my relatively short walk of about an hour, I had spotted about 32 species. Not bad, I would say!

Here’s the full list of birds that I spotted:

The list of birds observed while on a recent trip to a farmhouse near Kandivarama (Karamadai) and Annamalai Tiger Reserve near Pollachi, both in Tamil Nadu state.

I recently came across an infographic about ‘State Birds of India’ on a Nature Group that I am part of. I am sure we all know that the Peacock is the National Bird of India, but did you know that each state of India (and most Union Territories) also have their own ‘State’ bird?

Not just Bird, each of them also has their own State Animal, Tree and Flower. The ENVIS site of Forest Research Institute has a helpful page on these – http://www.frienvis.nic.in/KidsCentre/State-Animals-Birds-Trees-Flowers-of-India_1500.aspx

Here are some (hopefully interesting!) observations of the various State Birds: 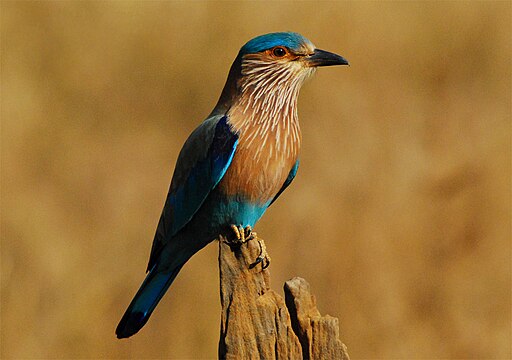 The Indian Roller is the most common State Bird across India with 3 states – Karnataka, Telengana and Odisha – having this beautiful bird as their State Bird. 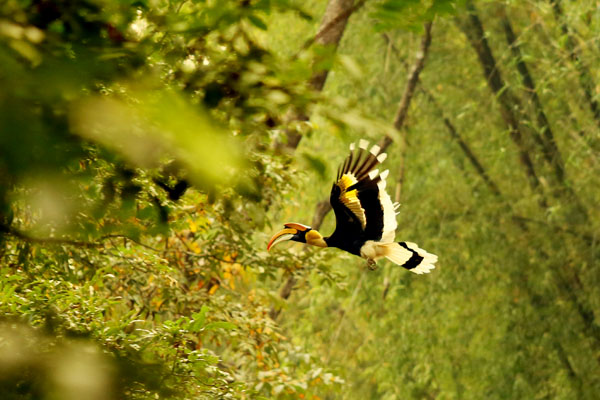 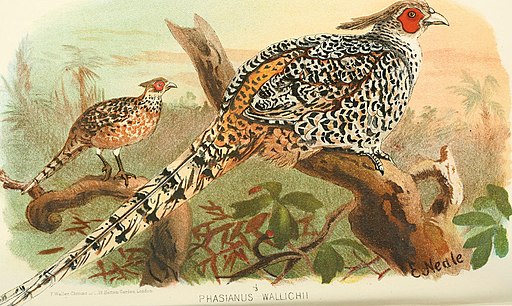 The intriguingly named Mrs. Hume’s Pheasant is the State Bird of the North Eastern states of Manipur and Mizoram. The Hill Myna, an excellent mimic – is shared by Chattisgarh and Meghalaya.

Asian Koel – By The original uploader was Challiyan at Malayalam Wikipedia. – Transferred from ml.wikipedia to Commons by Sreejithk2000 using CommonsHelper., CC BY-SA 2.5, https://commons.wikimedia.org/w/index.php?curid=12040770

By Pranav Yaddanapudi – originally posted to Flickr as Indian Sparrow, CC BY 2.0, https://commons.wikimedia.org/w/index.php?curid=8724433

Two of our more common birds – Asian Koel and House Sparrow – are shared by Jharkhand and Puducherry and Bihar and Delhi respectively.

Among more iconic species, the Sarus Crane is the State Bird of Uttar Pradesh, while the Great Indian Bustard is the State Bird of Rajasthan. An interesting anecdote relating to the Great Indian Bustard – apparently the only reason the Peacock was chosen as India’s National Bird was due to the unfortunate similarity of the Bustard’s name with another word in the Indian language… Which is a shame, because being India’s National Bird could greatly have improved the chances of this – India’s largest and one of the world’s heaviest flying – birds survival in the wild. 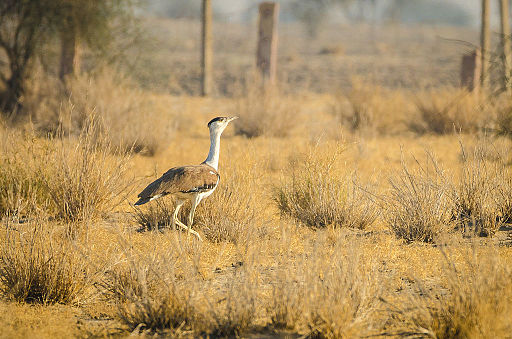 All Images have been sourced from Wikimedia Commons. Here are the attributions:

I visited Doddakallasandra Lake in South Bangalore (off Kanakapura Road) for a session of bird-watching with the long standing Bngbirds group. For a change, the location was easily accessible via public transport (thanks Deepak Jois!).

It was a pleasant, early winter morning as the group of around twenty (plus one dog) assembled at the entrance to Sri Kumaran’s Children’s Academy. The lake is not very large and we were able to cover most of the accessible parts in a couple of hours.

The list of birds observed (nomenclature as per Dr. Salim Ali’s ‘The Book of Indian Birds’):