It was during my first stint in Bangalore in the early 2000’s that I discovered the ‘Darshinis’ of Bangalore. For people not familiar with the concept, this is a standing only fast food style of restaurant with a minimal, no frills, South Indian ‘tiffin’ menu. You pay for your food up front at the cashier, collect a chit which you hand over at the relevant counter and pick up your food a few seconds later or at best a minute of two later. You then pick up the cutlery (spoons only) from a common receptacle, proceed to one of the high tables and consume your food standing. The plates, cutlery, glasses are usually of steel. After the food comes the highlight of the meal (for me, at least!). A glass and saucer of piping hot South Indian filter coffee! A great way to finish off a cheap, tasty and satisfying meal.

So it was with not a little disappointment that, in my second stint in Bangalore from 2016 till date, I struggled to find similar Darshinis, at least in the suburb I am presently staying in. There are multiple sit down restaurants, cafes, bakeries, but no ‘Darshini’ or ‘Sagar’. I finally found one about a twenty minute walk from my place, but it closed down soon after I discovered it!

However, I am happy to report that I found one yesterday – a slightly more updated version of the original. It is located in HSR layout, near the recently renovated Agara Lake and is called Arogya Ahaara. It is a small place, but very clean and modern looking. The concept remains essentially the same though I was amused to see plastic plates being used to serve the dosas (the idlis and vadas happily came in a steel plate). It also has a large takewaway counter occupying about one half of the place. 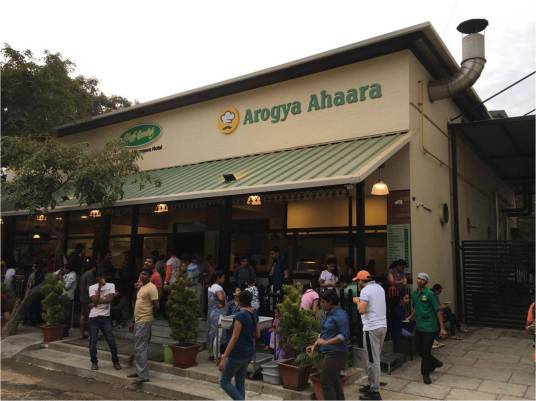 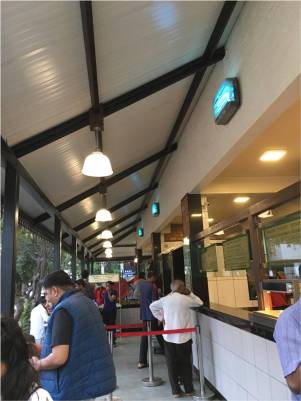 In addition to the usual South Indian snack food, there is also a vendor immediately outside the place serving North Indian sweets. One had to pay for this at a separate counter so it is possible that it is provided by another vendor.

It was great to discover that the concept of standing only restaurants, possibly unique to Bangalore, still exists. Going by the crowd, which seemed multi-lingual, the concept seems to be popular even with non native residents. Long may these restaurants prosper!